I have worked on a broad variety of topics, including structure and dynamics of globular clusters, fundamental properties of galaxies and their evolution, gamma-ray bursts, early phases of galaxy and structure formation, distant quasars, dark energy, etc.

More recently, I have been concentrating on large digital sky surveys and Virtual Observatory, and how these large and complex data sets can be used to explore systematically the observable parameter space, and possibly even discover new types of astrophysical objects and phenomena. I am currently focusing on synoptic sky surveys, where large areas of the sky are imaged repeatedly, looking for highly variable sources and transient events. Their follow-up and interpretation pose many interesting challenges and scientific opportunities.

About a half of my time is spent on the development of computational, mostly data-driven science, beyond astronomy proper. Broadly speaking, I am interested in the ways in which computational and information technology changes the ways we study and understand the world around us. This ongoing revolution is changing all of the science and scholarship, along with nearly every other aspect of modern society. As all fields of sciences face the challenges of an exponential growth of data volumes and complexity, and extraction of knowledge and understanding from the data, we are essentially forging new, general tools for the scientific methodology in the 21st century.

I enjoy working with undergraduate and graduate students, postdocs, and other junior scientists, and have many collaborators world-wide. I appreciate self-motivated, enthusiastic people with a real passion for research. 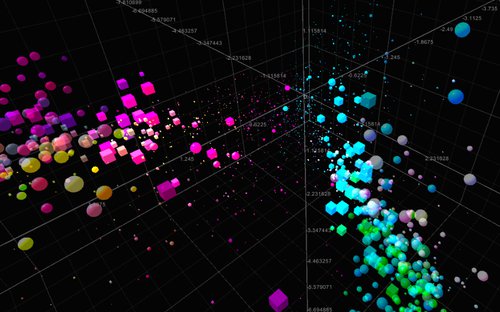 For a complete list of my publications, please visit: http://www.astro.caltech.edu/~george/Djorgovski_bibliography.pdf